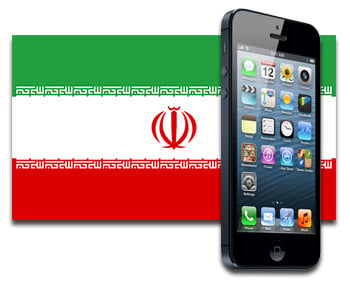 The U.S. Treasury Department has lifted a sanction on the exportation “of certain services, software, and hardware incident to personal communications” to Iran, which could include Apple’s line of iDevices, according to MacObserver.

As outlined in a legal document posted to Apple’s “Global Trade Compliance Information” page, the United States presently prohibits the exportation, reexportation, sale, or supply of Apple goods to Cuba, North Korea, Sudan, and Syria. Though this list previously included Iran, in a statement issued by the U.S. Treasury Department it has been announced that sanctions against the country will be lifted in an attempt “to empower the Iranian people as their government intensifies its efforts to stifle their access to information.”

To help facilitate the free flow of information in Iran and with Iranians, The U.S. Department of the Treasury, in consultation with the U.S. Department of State, is issuing a General License today authorizing the exportation to Iran of certain services, software, and hardware incident to personal communications. This license allows U.S. persons to provide the Iranian people with safer, more sophisticated personal communications equipment to communicate with each other and with the outside world. This General License aims to empower the Iranian people as their government intensifies its efforts to stifle their access to information.

It has been reported previously that as a result of the above sanction, Apple Store employees in the United States have refused to sell iDevices to customers speaking Farsi. This issue should now be eradicated, and in addition, Cupertino now also has the option of selling products from within Iran itself.

As such, the door is open for Apple to move forward into a new emergent market. With sales in India having recently increased by up to 400 percent following a number of successful iPhone campaigns, it’s clear that international marketing – with particular focus on developing nations – is presently a major interest of Apple’s.

The rumored launch of a low-cost “budget” iPhone handset could be especially useful for Apple as the company embarks on such an expansion.

In the meantime, see: Google Search For iOS Gains Location Improvements Plus Nutritional Info Support, Play The Classic Konami Run-And-Gun Game On Your iDevice With Contra: Evolution, and Terraria Will Arrive This Summer On Mobile Devices.

Apple Now Has The Option Of Selling iDevices In Iran is a story by AppAdvice.com
AppAdvice – iPhone, iPad, iPod, App Reviews + News

Doctor Who Arrives in Sydney for 50th Anniversary