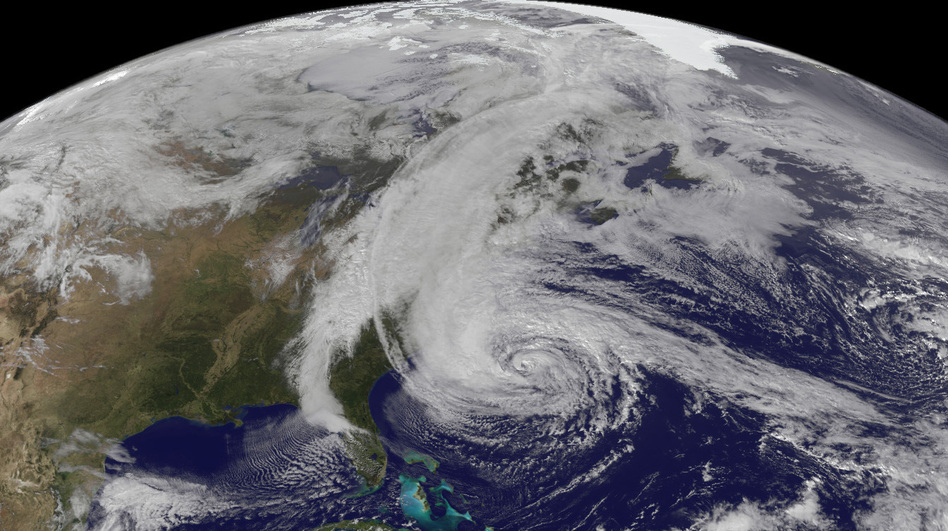 Satellite image of Hurricane Sandy in October of last year.

Today marks the beginning of the six-month Atlantic hurricane season. Maybe it’s a good sign, then, that it’s pretty quiet out there. The National Hurricane Center is watching only a small wave near Mexico that has a low possibility of developing into a tropical system.

NPR’s Debbie Elliott, however, reports the season is expected to be pretty busy. She filed this report for our Newscast unit:

“Federal forecasters say water and weather conditions in the Atlantic basin are expected to produce more and stronger hurricanes, making for an active season.

“Last year was the third busiest on record with 19 named storms. Ten were hurricanes, including Sandy, which caused $50 billion in damage along the Eastern Seaboard.

“State officials say coastal residents should be preparing evacuation plans and taking other precautions before the peak of hurricane season in late summer.

“Along with the alert to be ready, Florida Attorney General Pam Bondi is telling residents to be wary of scams, including a recent rash of companies offering window film as hurricane protection.”

As we reported earlier this month, NOAA said there is a 70 percent chance of 13 to 20 named storms this season. Six of them, said NOAA, could become major hurricanes, which means hurricanes with winds grater than 111 mph.