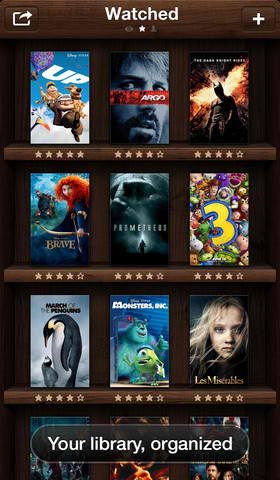 About a couple of weeks after its blockbuster release in the App Store, the movie-tracking app Limelight has received its first update.

Since its launch, Limelight has been rightly described as something of a “Goodreads for movies.” And with its first update, the app has become even more like the popular bookish social networking site and recommendation engine.

If you think a movie you found on Limelight would be of great interest to your friends or followers, you can now suggest it to them right from the app.

On a movie’s detail screen, tap the share button and select the Suggest to Friends option. You can then choose to suggest the movie to all of your followers or to a specific Limelight user. Your recipients will then receive a push notification indicating your suggestion and the movie will appear on their To Watch list. 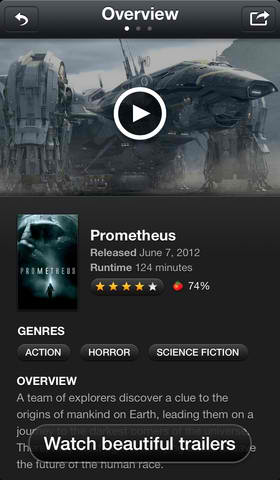 Limelight now also lets you browse movies by genre from the search screen and get a closer look at a movie poster by tapping it in the detail screen.

The new version of Limelight is available now in the App Store as a free update or as a new $1.99 download. The app is optimized for iPhone and iPod touch running iOS 6.0 or later.

For more information on Limelight, check out Christine’s original AppAdvice review, in which she notes that the app is “a worthy addition for any movie buffs.” 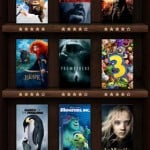 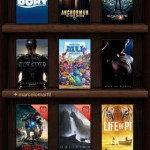 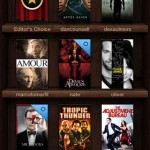 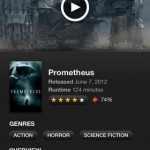 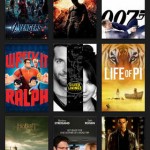 Opinion: Art that embraces our limits