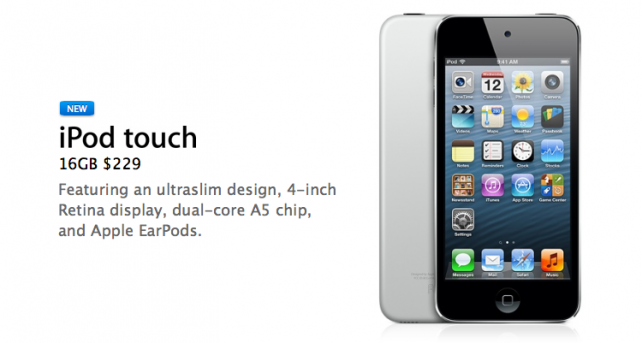 Apple’s new iSight-less iPod touch (16GB) became available recently, and the first video of the new music player hit the Web soon after. With support for the iPod touch’s Loop wristband dropped in this less expensive $229 model, along with the iPod’s vanishing built-in camera, folks are interested to see how such minor hardware changes affect the iDevice’s internals. After tearing down the new iPod touch, however, iFixit reports that the insides of the new product are near-identical to that of its pricier 32GB and 64GB counterparts. 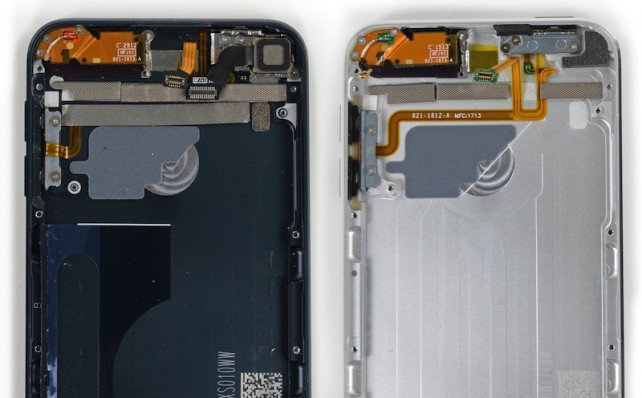 In fact, the only changes worth reporting are the iPod touch’s absent camera and wristband adapter. As iFixit explains:

Furthermore, the rear camera connector has disappeared from the iPod touch’s logic board, as expected. The actual specifications for the 16GB iPod touch, however, are the same as the 32GB and 64GB models – save for the flash memory, of course, which varies:

What conclusions can we draw from iFixit’s report, then? Well, essentially, that customers who purchase Apple’s new 16GB iPod touch are getting an impressive product for a lower price. Sure, there’s no built-in camera or Loop wristband. But if users own a camera-equipped smartphone and maintain a firm grip while using the Loop-less iPod, any potential issues should be successfully avoided.

That being said, of course, with a new iPhone slated for a fall 2013 release, potential customers may wish to hold on to their cash and rather purchase the new handset, either on-contract or unlocked, later this year.

For the full breakdown of the above teardown, be sure to visit iFixit’s website.

Alternatively, for more of today’s news, see: Apple Now Has The Option Of Selling iDevices In Iran, Google Search For iOS Gains Location Improvements Plus Nutritional Info Support, and Play The Classic Konami Run-And-Gun Game On Your iDevice With Contra: Evolution.