MONROVIA, Calif. — In a world where more than 24 billion selfies are taken each year, Naked Juice’s #DrinkGoodDoGood campaign is asking people to do some good with their selfies. For every selfie taken with a fruit or vegetable using #DrinkGoodDoGood, Naked Juice donates the monetary equivalent of 10 pounds of produce to communities in need, up to $500,000 worth of fruit and vegetables.

Nearly 30 million Americans don’t have access to affordable, quality, fresh fruits and vegetables. It is a crisis affecting almost one in 10 people across the country. What is also alarming is that 60 percent of Americans don’t actually believe this problem exists in their own community.

As a brand that believes everyone should be able to enjoy fruits and vegetables every day, Naked Juice has partnered with Wholesome Wave, a national nonprofit founded by James Beard Award-winning chef Michel Nischan dedicated to making healthy food available to low-income families. Naked Juice, together with Wholesome Wave, is proud to launch the fifth annual #DrinkGoodDoGood campaign in an effort to make fruits and vegetables more affordable and bring some much-needed attention to the issue.

“Our goal for #DrinkGoodDoGood is twofold: bring light to this issue while providing access to affordable, quality, fresh fruits and vegetables,” said Andrea Theodore, general manager of Naked Juice. “We are doing our part and making it easy for consumers to help as well.” 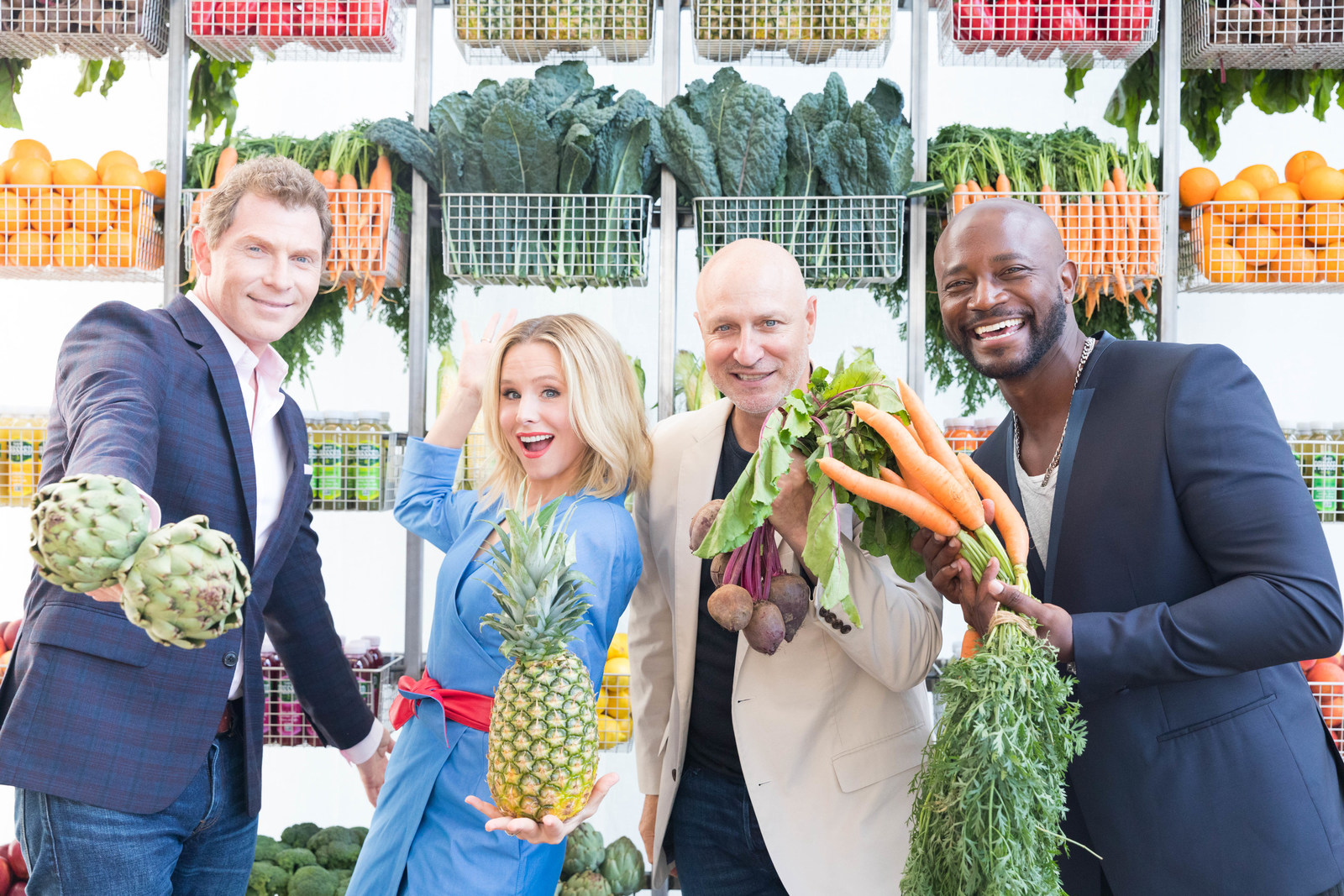 Naked Juice is kicking off this year’s campaign with a 250,000-pound contribution to Wholesome Wave’s SNAP Doubling Program. The Supplemental Nutrition Assistance Program, referred to as SNAP, is the federal program previously known as food stamps that helps put food on the tables of low-income households. Wholesome Wave’s SNAP Doubling Program matches the value of SNAP benefits when used on produce at any of the 1,400 participating farmers markets and retailers in 48 states across the country.

“Not only do we believe, but we’ve actually seen, that when people have access to affordable fruits and vegetables they are empowered to make healthier choices for themselves and their families,” said Michel Nischan, founder of Wholesome Wave. “Through our meaningful partnership with our friends at Naked Juice, we’ve been able to touch the lives of hundreds of thousands of Americans.”

The juice and smoothie maker is joined by like-minded ambassadors, including actress and philanthropist Kristen Bell, chef and restaurateur Bobby Flay, actor and author Taye Diggs, along with Wholesome Wave board member and Crafted Hospitality chef Tom Colicchio, who will share their own do-good selfies, spread the word and inspire others to do the same.

“As a parent, and as a chef, I have seen the impact good and healthy foods have on your life,” said Bobby Flay, “but I was shocked to discover the number of people in this country that don’t have affordable access to these fundamental foods. It is alarming and unacceptable. I am proud to once again join my friends at Naked Juice to help provide affordable, fresh fruits and vegetables to our neighbors in need.”

“I am grateful to be able to feed my own family healthy, fresh foods and not have to worry about the price tag. Unfortunately, that’s not the case for far too many people in this country,” said Kristen Bell, a wife, mom and longtime vegetarian. “Affordable produce should be an option for every family in America, and with #DrinkGoodDoGood, we are one step, one selfie, closer to making that happen.”

About the Naked Juice Company: Naked® Juice, the leader in the super-premium juice category, was founded and first marketed towel-to-towel on the beaches of Santa Monica, Calif. in 1983. For more than 30 years, Naked’s line of fruit and vegetable juices and smoothies have been made from the highest quality fruits, veggies and boosts. In 2016, Naked introduced Naked Cold Pressed Juice, a masterful blend of cold-pressed, high-quality fresh vegetables and fruits flash-pasteurized from High Pressure Processing (HPP). Naked never contains preservatives or added sugar. Naked Juice and Naked Pressed can be found in supermarkets, club stores, health food stores, airports and neighborhood markets throughout the nation.

About Wholesome Wave: Wholesome Wave is a national nonprofit making fruits and vegetables affordable for the people who need them most. When people can afford produce, they buy it. And when the millions of Americans struggling with poverty eat more fruits and vegetables, we see immediate improvements for families and farmers—and enormous long-term gains for public health, local economies, and the environment. Wholesome Wave’s innovative initiatives reach half a million under-served consumers, as well as thousands of farmers annually, in 48 states and counting. To learn more about Wholesome Wave visit