SAN FRANCISCO — The American Academy of Ophthalmology and the American Academy of Optometry are teaming up to offer tips on how to safely photograph an eclipse. On Aug. 21, Americans of all ages will come together to witness a single, inspiring event – a total eclipse of the sun. The last time anyone saw the sun disappear in the United States was in 1979. But there is one thing that sets this month’s total eclipse apart from others: Smartphones. Millions of ordinary people are expected to use smartphones and digital cameras to photograph this eclipse. Eye care professionals are concerned that first-timers might train their cameras on this phenomenon, unaware of the damage they can do to their eyes.
The most important safety tip to remember is to never look directly at the sun. Viewing the sun directly, even for brief periods, can cause permanent damage to the retina and result in blindness. Your eyes need specially designed solar eclipse glasses, and your camera needs a specially designed solar filter.

“Before pointing your camera at the sun, you need to get a special-purpose solar filter and put it over the camera lens,” said Russell N. Van Gelder, M.D., Ph.D., a clinical spokesperson for the American Academy of Ophthalmology. “Never look at the sun through an unfiltered camera, telescope, binoculars, or other optical device. The concentrated solar rays will damage the filter, and injure your eyes. Also, do not use solar eclipse glasses to look through a camera, binoculars or a telescope. The sun can melt the filter and damage your eyes.”

With all these restrictions, is it worth trying to take a picture?

Ralph Chou, OD, MSc, FAAO a professor emeritus of optometry and vision science at the University of Waterloo, says that with a little effort and preparation, you can make good photos. Dr. Chou has spent a lifetime eclipse chasing. This month’s will be his 19th total eclipse. 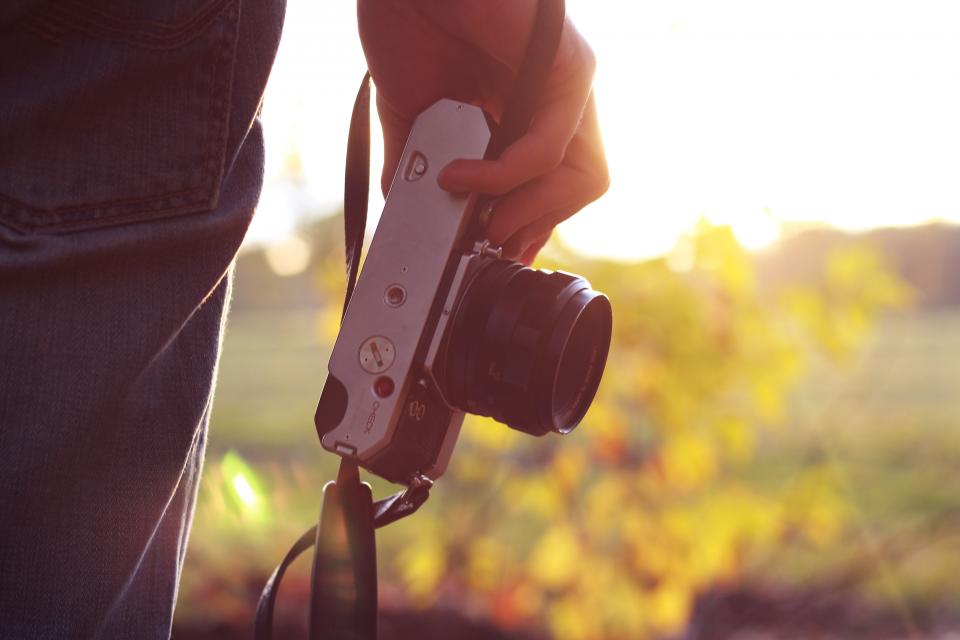 Dr. Chou connects his DSLR camera directly to a telescope so that the sun fills the entire frame. Watch this video to see how he has perfected his technique over the years. No matter what kind of camera you own, one or more of the following techniques can be used to shoot a solar eclipse:

About the American Academy of Ophthalmology
The American Academy of Ophthalmology is the world’s largest association of eye physicians and surgeons. A global community of 32,000 medical doctors, we protect sight and empower lives by setting the standards for ophthalmic education and advocating for our patients and the public. We innovate to advance our profession and to ensure the delivery of the highest-quality eye care. For more information, visit aao.org.

About the American Academy of Optometry
The American Academy of Optometry enhances excellence in optometric practice by fostering research and disseminating knowledge in vision science through its journal, Optometry and Vision Science, and the continuing education presented at its annual meeting. Fellows of the Academy are committed to the premise that learning is a lifelong obligation of a professional, as is the commitment to expand the profession’s knowledge base through ongoing fellowship and exchange. For more information, visit www.aaopt.org.

Kristen Bell, Bobby Flay, Taye Diggs and Tom Colicchio Do Some Good with Their Selfies Explore the beaches on Key Biscayne with a packable boat New App is a Game Changer for Arrest Situations