And colored gems are now fetching premium prices, with one Colombian emerald sold for a mind-blowing $5.5-millionat a recent Christies auction – just one of many indicators that diamonds are no longer the only jewels of the gods.

And Fura Gems (FURA; FUGMF) is thinking big-diamond market big. It’s aiming to use business practices with emeralds and rubies that De Beers used with diamonds.

Fura is aiming to take the colored gemstone market to new heights, emulating the diamond industry in the booming international emerald and ruby trade.

And, just weeks ago, Fura just acquired the mine where the “Guinness Record Emerald” was unearthed. The best part: This mine is only partially explored – so there is plenty of potential for more record breaking stones to be found.

People are increasingly fascinated by the “Big Three” precious gems- emeralds, rubies and sapphires, and the high-fashion industry is joining in, hungry for something rarer and more distinctive than lab-grown diamonds.

With the colored gemstone industry now enjoying annual retail sales of $18 billion–$21 billion, we’re witnessing the age of color and the era of the ‘new diamond’.

And smart money is getting in early, with heavy hitter Forbes & Manhattan backing the Fura Gems team that is leading this revolution. The diamond jewelry market, valued at over $80 billion in 2016, may soon have some competition.

Investors should pay attention because Fura is sitting at the top of some peoples’ ‘best gem stock’ lists for 2018, and when production starts at its new acquisitions, it will be the start of a new era for Fura.

What you don’t know about diamonds is this: The diamond jewelry market has grown to reach over $80 billion because the segment has been led by huge, organized companies. The colored gemstone market is fractured and unstructured, with a host of bit players and artisanal miners who haven’t been big enough to take emeralds, rubies and sapphires into the diamond league.

This could change. And the timing is brilliant because diamond money is already flowing in to the colored gemstone market.

Why? Because consumers want color, and rubies, emeralds and sapphires are now all the rage.

“Buyers are really going for the beautiful natural gemstones. Most of the top 10 lots are emeralds, rubies and sapphires,” says Vickie Sek, director of jewelry for Christie’s Asia.

In fact, an 18.04-carat Colombian emerald just sold at a Christie’s auction for a whopping $5.5 million.

Colored gemstones have a longer history than diamonds, and can be more expensive. A red ruby sells for more at auction per carat than a white diamond. But the colored gemstone industry has always been dominated by disorganized players.

Colored gemstones are an international phenomenon, with top jewelers are calling this the “decade of colored stones“.

Emeralds, discovered in Egypt, first donned by Cleopatra and representing hope for some, and in the past even the ability to see the future or protection from evil spirits, have become increasingly alluring.

That’s why today, the emerald is in the haute–joaillerie spotlight, and many designers say it’s even dominating the luxury jewelry market.

Rubies, representing passion, prosperity and protection, are also moving towards center stage, making a dent in the popularity of diamonds.

That’s why the top seller at an October auction at Sotheby’s in Hong Kong was a ruby and diamond ring that fetched $10.5 million, compared to only $2 million for a fancy yellow diamond ring.

That’s also why Gemfields, the only company in production in the Mozambique ruby market, has seen an upturn in demand for all of its colored stones recently.

Millennials are buying fewer diamonds-they’re buying more colored gemstones than previous generations. And they’re making the switch for a variety of “ethical, financial and even expressive reasons”. Colored gems are the new engagement ring, just for starters.

But they may not be less expensive for long.

“In auction, we’re seeing prices that we never saw before [for colored stones]”, John Benjamin, an expert in antique jewelry, told The Guardian.

Demand is looking as bright as gemstones themselves, and again-it’s all about color.

#3 Cornering Colombian Emeralds: The Biggest Supplier in the World

Colombia is the emerald capital in the world, yet its production has collapsed and until now it’s been undercapitalized and controlled by a smattering of local companies with little expertise.

With supply of emeralds not organized enough to meet the demand coming out of the fashion industry, this is a rare opportunity to get in on an industry that is ripe to be turned on its head, by Fura Gems and other producers.

Colombia is the world’s largest emerald supplier by volume, responsible for half of the world’s emerald value supply. More than that, Colombia’s emeralds fetch a higher value per carat than emeralds from Zambia and Brazil, its main competitors.

It’s also one of the best venues in the world for colored gems because of its legal framework for the emerald mining industry. Colombia is dead set on attracting foreign investment and is playing a huge role in transforming the industry.

This is exactly where Fura Gems (FURA; FUGMF) has just acquired an existing emerald mine that is scheduled to start producing in just four months. This is the same mine that produced the largest emerald the world has ever seen.

In October, Fura entered into an agreement to acquire the Coscuez emerald mine in Colombia.

But this isn’t your average emerald mine: This is an iconic mine that has been in existence since 1646. By 1966, 95 percent of the world market for emeralds came from Colombia, dominated by Coscuez. And it is home to the Guinness Emerald, a 1.759-carat emerald that broke the Guinness World Book of Records.

Fura’s Coscuez mine has a huge ore resource in the first 300 meters below La Paz level, all of which is thought to contain emeralds.

When Fura acquired a 76 percent interest in this mine, it acquired a massive interest in a new, lucrative future for this colored gem that is now taking the fashion world by storm. What was once only traditionally mined, with no investment in geology, infrastructure or long-term plans, is now about to be infused with modern mining methods and efficiencies.

It also holds a 100-percent stake in another Colombian emerald exploration concession. 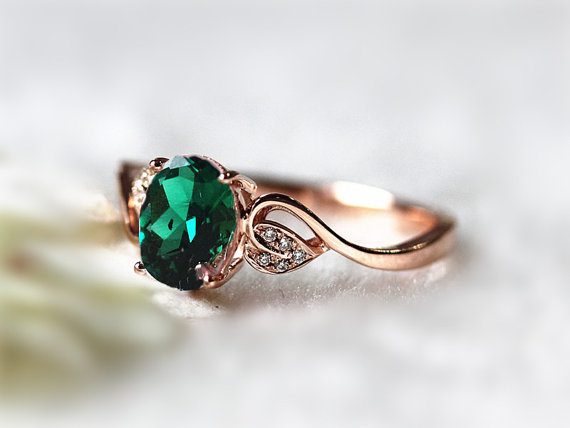 #4 Rubies to Die for in Mozambique

But Colombian emeralds are only the beginning – rubies are shining just as brightly, the best and most precious of which come from Mozambique, where Fura has acquired exclusive rights to sought-after gemstone deposits.

Fura is sitting on four ruby licenses in Mozambique with rich deposits at shallow depths with an 80 percent stake covering over 394 square kilometers.

Like Colombia and emeralds, Mozambique is the world’s largest supplier of rubies by volume, and that’s about to get even bigger: It’s now stepping in to fill the supply gap of rubies from Myanmar (Burma).

And it’s not just about mining rough rubies: The Fura team also possesses something known to very few others: a rare process of heating and treatment for rubies that should allow Fura to unlock significant value even from lower-quality rubies. In other words, the upside here is that it can turn lower-quality rubies into high-value gemstones for the market.

And just like in Colombia, the ruby market of Mozambique lacks capital and structure, and Fura is aiming to bring new systems and organization to its ruby business.

Rubies are the second part of a gemstone awakening – and Fura Gems (FURA; FUGMF) have access to two very valuable sites.

#5 Not a Family Business Anymore

There’s hardly a more legendary story in this industry than the turnaround of Gemfields-and the mastermind of that turnaround is now the CEO of Fura Gems, Dev Shetty.

In 2009, Gemfields-the only big company operating in the colored gemstone industry in the world-appointed Shetty to the board to turn the company around after it lost over $200 million in a failed strategy. Shetty worked a miracle, bringing Gemfields to a market cap of $525 million in 2015, and its Mozambican ruby mine to a valuation of $1 billion.

Beyond Dev Shetty, who turned Gemfields around and created two of the biggest gemstone mine successes in the world, Fura boasts major figures from De Beers, Rio Tinto Diamonds, Gemfields and Alcan-all with experience in building up the diamond market.

They’ve also got funding guru Jamie Lalinde, the Colombia country manager for Forbes & Manhattan and a veteran of Chase Manhattan Bank, Merrill Lynch and Citibank. There’s also no trouble getting the story out when THE Larry King of CNN’s Larry King Live sits on the advisory board.

They’ve also got smart money behind them in the form of Jim Rogers, a legendary international investor and renowned author, and heavy hitter Michael Spektor, president of Forbes & Manhattan (Ukraine).

Fura Gems (TSX.V:FURA; OTC:FUGMF) is preparing to take Colombia’s iconic emerald mine to a scale never before seen in the colored gemstone industry, and we expect news soon about results of major drilling in two deposits in Mozambique.

With potential assets underground that could be much larger than their current market cap, Fura is on ready, fully funded, and plans to one day be announcing a rainbow of colored gemstone mines around the world.

Bottom line? A small, $41-million market-cap company is sitting on an emerald mine in Colombia which has produced a record-breaking emerald, a mine that’s only been partially excavated and 4 major ruby licenses in Mozambique at a time when colored gemstones are treading on diamond’s traditional territory …

Additional companies in the mining space:

Kinross Gold Corporation (NYSE: KGC) is relatively new on the scene, founded in the early 90s, but it certainly isn’t lacking drive or experience. In 2015, the company received the highest ranking for of any Canadian miner in Maclean’s magazine’s annual assessment of socially responsible companies. With over 30 million ounces of proven or probable gold reserves, Kinross makes for a solid bet for investors.

Agnico Eagle Mines Ltd (NYSE: AEM) Canadian based gold producer, Agnico Eagle Mines is an especially noteworthy company for investors. Why? Between 1991-2010, the company paid out dividends every year. With operations in Quebec, Mexico, and Finland, the company also is taking place in exploration activities in Europe, Latin America, and the United States.

Yamana Gold (NYSE: AUY): Yamana, a significant gold miner is about to complete its Cerro Moro project in Argentina, giving its investors something major to look out for. The company plans to ramp up its gold production by 20% through 2019 and its silver production by a whopping 200%.

Newmont Mining Corp (NYSE: NEM) Founded over 100 years ago, Newmont Mining Corporation is one of the leading mining companies in the world. The company holds assets in Peru, Australia, Ghana, Indonesia, Mexico, and around the United States. Primarily focusing on gold and copper, Newmont has steadily carved out a name for itself among those in the industry.

Cameco Corporation (NYSE: CCJ) is the world’s largest publicly traded uranium company, accounting for nearly 18 percent of the world’s uranium production. Cameco made it onto this list of miners due to its mining expertise and wide range of assets.