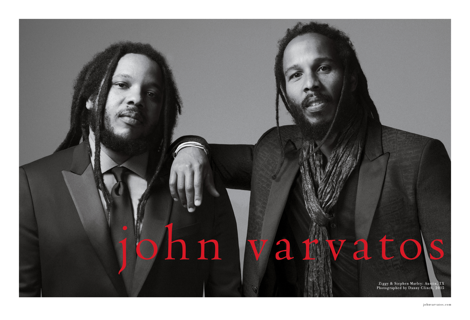 Stephen Marley along with his brother Ziggy Marleyare featured in John Varvatos’ Spring 2015 advertising campaign. The legendary black and white imagery was shot in Austin, Texas by distinguished rock photographer Danny Clinch. Dressed in John Varvatos tailored clothing, the Marley brothers were photographed for a timeless family portrait.
Additionally, on February 5th a documentary-style short film conceived by YARD and directed by Clinch will debut on JohnVarvatos.com in celebration of their father’s 70th birthday, which is the following day. CHIEF, TASTE OF THE CARIBBEAN TO BE HELD IN MIAMI IN JUNE