NEW YORK/ — Women’s Health, the fastest-growing women’s health and wellness magazine in the world, revealed its first-ever global Naked Issue featuring cover star Sofia Vergara. The themed issue celebrates the female form in all of its glorious shapes, sizes, colors and nuances around the world with a cover uniting the brand’s international editions. 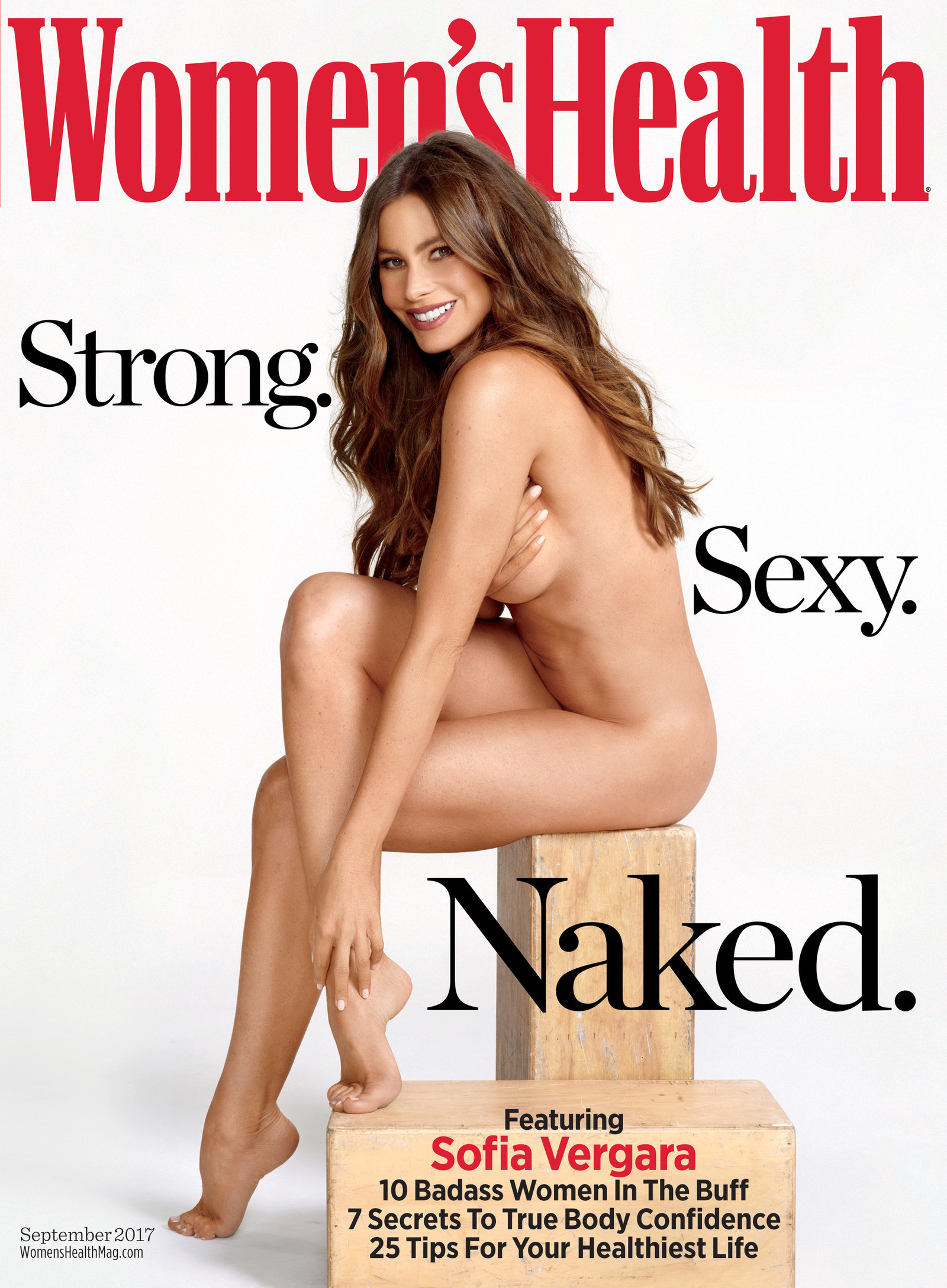 Sofia Vergara covers the first-ever global Naked Issue of Women’s Health magazine in 15 countries across 5 continents this month. The September issue hits stands in the U.S. on August 8, 2017.

Debuting across 5 continents, in 15 countries including the U.S., Australia, the U.K., Poland, South Africa, Chile, Ecuador, and Venezuela – each Naked Issue edition will explore what nudity means literally, physically, emotionally, and metaphorically in each country’s respective culture.

While 2017 marks the first year of “Naked” as a global initiative, the magazine’s U.K. edition has seen success with this franchise since introducing it as an annual September issue in 2014. “After observing such a positive response in the U.K., Women’s Health leaders around the world came together and decided to turn this into an international conversation,” says U.S. Editor-in-Chief Amy Keller Laird.

“No matter where you live, there’s kinship in hearing another woman talk about both her confidence and her struggles, body parts she loves and those she doesn’t,” Keller Laird says of the need for more open discussion around this topic. “The goal is for readers around the world to unite in one shared quality: our humanness.”

In addition to the Sofia Vergara cover and naked-themed features throughout, another common thread that readers will find in each Women’s Health international Naked Issue is a reader survey, which charts the complex relationship women have with their bodies. While each country’s results vary, one theme Women’s Health found consistent in almost every location is that far more women reported their feelings about their bodies as “accepting or neutral,” rather than positive or negative.

Additional findings in the U.S. survey of more than 2,700 respondents include:

“We’re seeing a backlash to the idea that women should be expected to love every single part of their body every single day,” says Keller Laird of the results. “The next wave of body positivity is to embrace feelings of appreciation for our bodies rather than command absolute body love 24:7.”

Full survey results can be found online at WomensHealthMag.com and inside the September Naked Issue, which hits stands in the U.S. on August 8, 2017.

Women’s Health propels 35 million global consumers into action, providing the motivation and the inspiration for them to make instant, positive changes in their lives. Launched in October 2005 and published 10 times a year by Rodale Inc., Women’s Health has quickly grown into a multimedia brand that includes branded books, mobile applications, and renowned events. The magazine has received numerous industry accolades, most recently being named to Adweek’s annual “Hot List” and Advertising Age’s “Magazine of the Year” in 2016, as well as garnering an ASME National Magazine Award nomination in 2017. With 29 editions in 53 countries, the magazine continues to be the fastest growing women’s magazine in the world. Get more information at www.womenshealthmag.com and get instant updates via Twitter (@WomensHealthMag) and Facebook (Women’s Health Magazine) and Instagram (@WomensHealthMag).

Not All Chocolate is Created Equal, Santa Barbara Chocolate Stands Out as a Healthier Alternative

Guest Room Décor Have You Stumped? Check Out These Tips from Home and Lifestyle Blogger Lauren McBride